Bees are the world’s best pollinators, and they do a lot of it. They aid in the pollination of one-third of the food we eat. They are also a significant contributor to our global economy. However, bees are not all the same. To really comprehend these amazing tiny organisms, we must first distinguish between the most common varieties of bees. In this post, we will discuss how to recognize the different types of bees and hive hierarchy.

There are around 20,000 types of bees are there in the whole world. Antarctica is the only continent that does not have a bee population. In North America alone, there are about 4,000 species. Regardless of where they live, bees are divided into two groups: social bees and solitary bees.

Most people envision social bees when they hear the word “bee.” Social bees have appeared on television, in movies, and in literature. Winnie the Pooh loved them since they created his favorite snack. There’s even a fable about what would happen if “bees were bears.”

These bees form enormous swarms or colonies. Each bee in a social bee hive has several jobs, such as creating combs, nurturing their larvae, and making honey. If you decide to start beekeeping, you will have to deal with social bees as well as a number of bee houses. In general, social bees are docile and only sting when they feel that their colony or hive is under threat.

Bumble bees (sometimes known as “large bees”) are hairy pollinators of a wide range of garden plants and flowers. Their hairy coats contribute to their pollination efficiency. Unfortunately, chemicals and climate change have resulted in the extinction of more than one-fifth of all Bumble Bee colonies. Another issue for these bees is competition from honey bees. 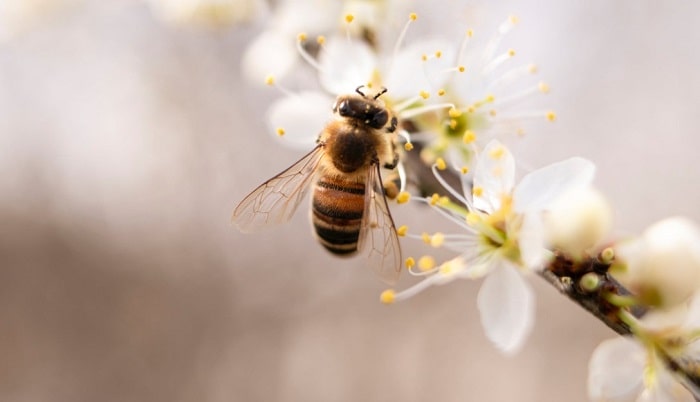 >>> Read more: Bumblebees – Everything You Should Know About Them

Honey bees, another important pollinators, play an important role in our ecosystem. They form colonies that can number up to 80,000 individual insects. They live in hives and make honey.

Honey bees do not have as much fur or hair as Bumble Bees. They are also smaller than Bumble Bees, with longer but narrower figures. Furthermore, these bees have castes that labor in a caste structure and have roles in the hive’s maintenance.

Africanized bees are often known as “killing bees.” They were being bred with regular honey bees to create a novel cross-breed when they escaped from a South American lab. They are well-known for possessing a fiery temper. They take over places previously occupied by honey bees and may attack anything or anyone that gets close to them.

Although they are deadly and prone to random attacks, they are smaller than honey bees and not as lethal as one might believe. What is the best way to survive a swarm of angry killer bees? Run as fast as you can, shield your head, and seek cover as soon as possible. 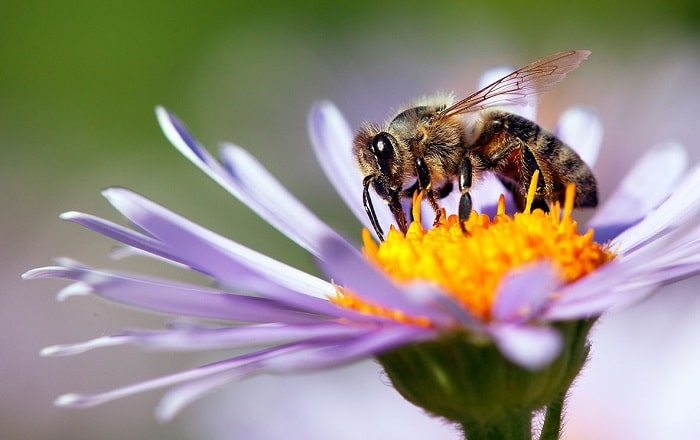 These bees do not swarm, live alone, and work in tiny groups or on their own. Furthermore, solitary bees have tiny nests, travel alone, and generate only enough food to sustain their larva. Most of them are fairly harmless.

The Carpenter Bee is an example of an introvert. It resembles a massive, tubby, and highly hairy Bumble Bee. There are, however, distinctions between Carpenter Bees and Bumble Bees. Unlike the striped Bumble Bees, these bees are blue-black.

Carpenter bees are so named because they build their nests inside wooden niches, trees, or logs, such as wooden benches or wooden shelves. Carpenter bees may carve chambers into the wood to house their larvae and eggs. It has the potential to degrade wooden structures and finally destroy them. Do you want to keep carpenter bees from nesting around your wooden structures? Painting and pressure-washing hardwood surfaces are both options.

Carpenter bee stings are not particularly venomous. Carpenter bee males lack stingers. Female carpenter bees, on the other hand, have a stinger that they will use to defend their nests if necessary.

They are often smaller in size than Carpenter Bees. Digger Bees have hair as well. They typically range in length from 12 to 18mm. They are frequently seen emerging from the holes in the ground where they nest.

Diggers will construct and guard a hideout. Their tunnels are often made up of one large hollow and several smaller storage tunnels for their food, eggs, and larvae. Fortunately, being stung by a Digger Bee is extremely unlikely.

There are around 1200 species of bees in the Andrena family, which are commonly referred to as Mining Bees. They behave similarly to Digger Bees. Mining bees construct sophisticated underground tunnels and nests. Mining bee larvae will occasionally build their chambers nearby on the ground.

The underground nests they construct resemble housing units, with each tiny bee getting its own apartment. The risk of Mining Bee stings is low, as it is for most Solitary Bees. They are not dangerous for us.

This species of bee ranges in length from 7 to 18 mm. Leafcutter bees are exceedingly black and appear to be composed of iron. Leafcutter and Mason bees are members of the same family, but Leafcutter bees build their tunnels and nests in decaying wood and insulated panels in structures. 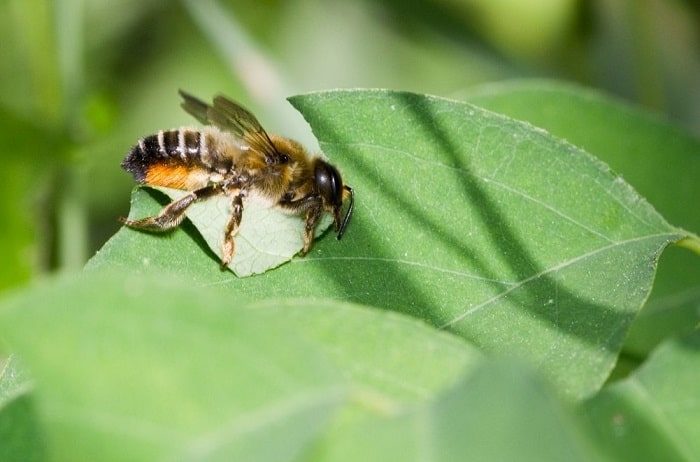 Mason bees are similar to leafcutters in many ways, except that they tunnel into soft cement in buildings. Because the holes they make are small, these bees do not cause much damage and will not disrupt your plants. A Leafcutter or Mason bee, like other solitary bees, poses little risk of stinging.

If you come across a bee on a hot summer day, it is most likely a sweat bee. These are also referred to as Alkali Bees. These bees can grow to be as short as 3 mm in length. They, like other solitary bees, prefer to build their homes in secret. Sweat bees are enthralled by the sweat of humans and other animals.

Nonetheless, they are so little that being stung by one is uncommon. They are not aggressive and will only sting if they come into contact with your skin. In other words, you are looking at one of the most tranquil bees.

Plasterer bees are 10 to 18 mm in length and have a hairy appearance, making them slightly larger than sweat bees. They will also burrow underground, but will also build their nests in crevices of stone and bricks.

Yellow-Faced bees are related to Plasterer bees and are often a little larger than 6 mm in size. They derive their name from their yellow faces, though they can also be white. In Hawaii alone, there are about 60 different varieties of yellow-faced bees.

To summarize, every type of bee is beneficial to the environment. Knowing and comprehending each type can assist us help bees survive: or at the very least, avoid getting in their way. True, certain bees are more common and social than others, but all bees are fascinating in their own way.