Because of how rewarding it is to care for the world’s most magnificent insects. Beekeeping is becoming an increasingly popular effort, hobby, or even vocation today. However, while we commonly refer to this occupation as “beekeeping,” not everyone is aware of the official name for beekeeping. So, what is a bee farming called?

Beekeeping meaning Apiculture (is the scientific term). So, what is apiculture? It is the practice of keeping bee colonies in man-made hives. Apiculture is essentially the scientific practice of rearing honey bees. It is derived from the Latin word “apis,” which meaning “bee.” Many terminology in beekeeping are derived from the word apis. The scientific term for the Western Honey Bee, for example, is apis mellifera. While Apis means “bee,” mellifera is Latin meaning “honey bearer.”

Humans have been practicing apiculture for a very long time. There are images that are 10,000 years old that show honey being collected from bees. Egyptian art shows evidence of domesticated bees 4,500 years ago. Scientists began studying bee biology in the 18th century, leading to a better understanding of honey bees. The invention of the moving comb beehive by Lorenzo Langstroth in the nineteenth century revolutionized apiculture. This design is still in widespread usage today. 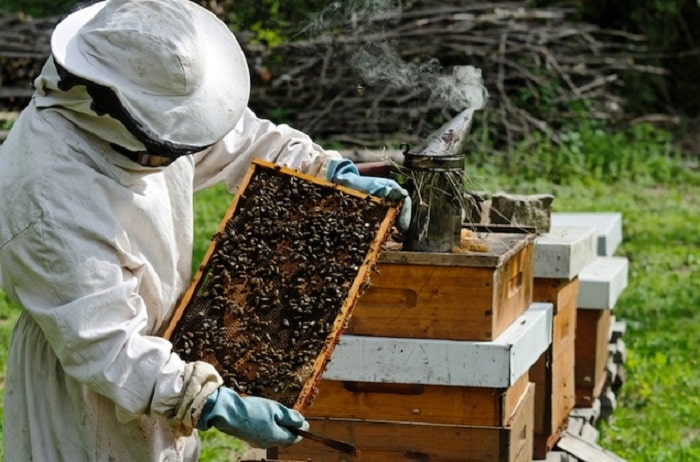 What is another name for a beekeeper?

Apiarist is another term for beekeeper. An apiarist is someone who looks after and raises bees. Apiarists are beekeepers who breed bees in man-made hives for agricultural or commercial purposes. The majority of apiarists are hobby beekeepers, with only a few hives. Hobby beekeepers often raise bees for enjoyment and because they find it intriguing. They may also be able to supplement their income by selling honey, pollen, and beeswax.

While beekeeping has long been popular in rural areas and farms, an increase in apiarists in cities has resulted from a renewed interest in urban beekeeping. In heavily crowded cities, urban beekeepers grow bees, even placing their hives on rooftops.

Where are beehives kept?

A bee yard, also known as an apiary, is where beekeepers maintain their beehives. There is no one way to set up an apiary because it depends on the area and the number of hives managed. Apiaries must have adequate space between each hive as well as room for the beekeeper to work. Most beehives should be kept 2 feet apart as a general rule. If you live in a location where there are predators, you may wish to fence in your apiary. 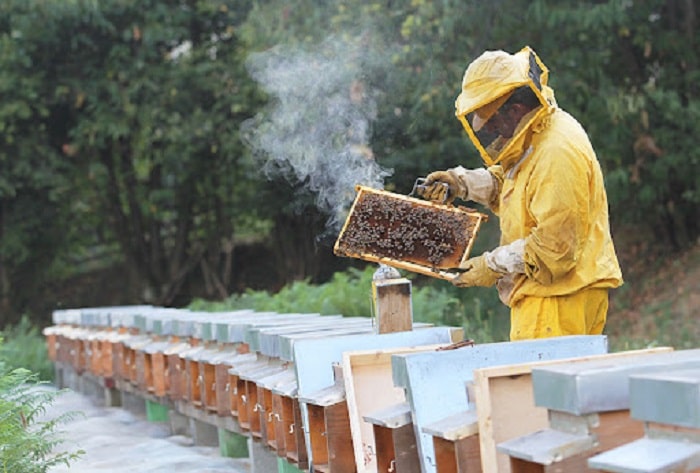 What is a collective group of bees called?

A colony of bees is a group of bees that live inside a hive. Each bee colony is made up of one queen bee, female worker bees, male drones, and a brood (eggs, larvae, and pupae). A bee colony can have anything from 10,000 to over 60,000 bees. The number of bees in a colony fluctuates with the seasons. The colony will have the most bees in the spring, when the hive is most active. The colony’s population will plummet substantially throughout the winter.

A swarm is a term used to describe a large gathering of bees outside of the hive. When one colony splits into two, the result is a swarm. The queen bee and half of the colony will depart from the hive in search of new territory. 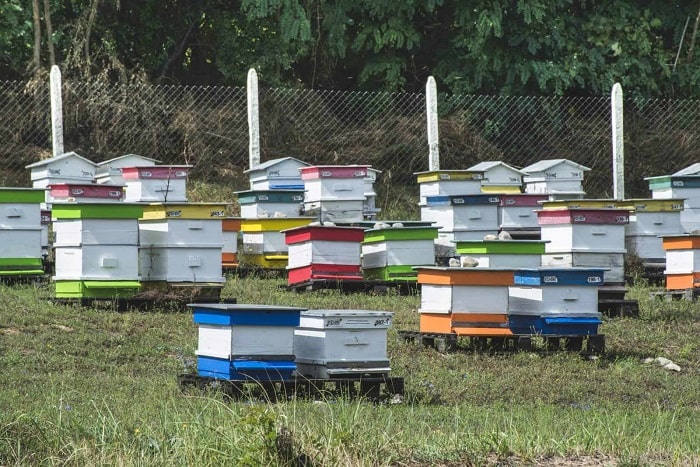 >>> Read more: How To Start Beekeeping Beginners – Everything You Should Know

The role of beekeeping in agriculture?

Bees are the best pollinators in the world. Everyone can not deny their importance in pollinating plants. The reason for this is that bees are extremely busy when it comes to hopping from one plant to another while transporting pollen from these plants, since they collect pollen and nectar from a wide variety of plants. By doing so, they unintentionally pollinate other plants, allowing them to reproduce.

In fact, bee pollination is so crucial in agriculture that the FDA recognizes that more than 90 crops farmed in the United States rely on it. This essentially suggests that bees play a role in placing food on the tables of Americans, and possibly the rest of the world as well. As a result, many farmers rely on beekeepers for pollination in order to increase agricultural output and generate more harvests in the future.

So, you should realize that this enterprise entails more than just that sweet nectar but also plays a role in the grand scheme of things. As a result, everyone recognizes bees as the most important insect on the planet.