For inexperienced beekeepers, capturing a swarm of bees might be intimidating. However, once you overcome your fear, you will discover that the technique is actually pretty simple if done correctly. How do you do that, and what do you do once they are home? Next, we will discuss what to do after catching a swarm of bees.

Instead of attempting to figure out what to do at the last minute, it is far preferable to have a thorough plan in place ahead of time. Following the capture of a swarm of bees, we will highlight a few measures that you can do. 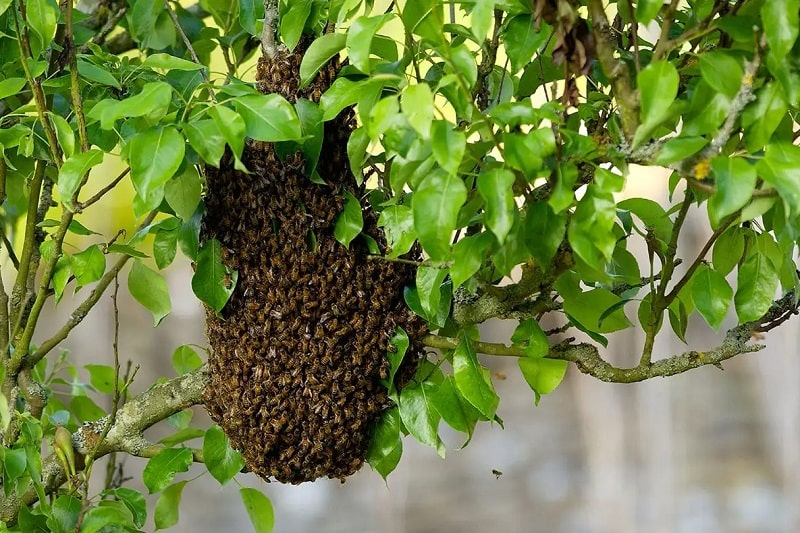 Find out if you were successful in capturing the queen

We have many ways to determine if the swarm you just collected has a queen or not.

The first thing you must determine is whether you have a queen bee. If swarm bee takes the shape of a ball, it suggests that it is encircling something. Almost always, it is around the queen bee. Furthermore, when the queen bee is present in the swarm, the bees are rather calm. Thus, based on the features of the bees, you may determine whether the queen bee has been captured.

Get the swarm into a box

The cluster must then be relocated to a nuc box. You could also use another box with at least a couple of frames. When selecting one, it is critical to search for a few traits such as: combs and honey reserves that have been drawn out

There are three methods of moving bees to a new environment. You can transfer, shake or scoop the bees into the new box. You have three options for transferring the bees to the new box. Your goal should be to move them as quietly as possible. They will fly away if they are disturbed. In that situation, relocating the hive will be unsuccessful.

After the transfer, the bees will automatically send signals indicating the presence of the queen bee. You can be certain that the entire colony of bees will be in the new box by sunset on the same day you transfer them. 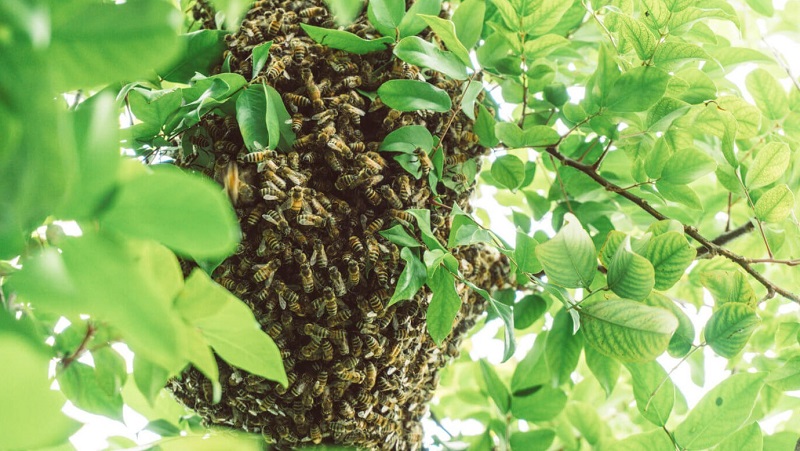 Once the transferring process is completed, you must go to the third step. It is for putting frames in the new box. You may be wondering, “How many frames should I add?”

You must add the frames till the box is filled, and you must also add some honey. It will ensure that the bees can survive. To make it easier for the bees to support themselves, you should preferably put frames around the drawn comb.

Make sure the bees have enough to eat.

The bees may be able to survive in the wild, but it takes a lot of food and energy in a new comb. That is why, at the very least, you must feed them throughout the first several weeks.

Begin by giving them sugar water or sugar syrup. The ideal method is to utilize a top feeder. It will allow you to feed them without disturbing them. As a result, the worker bees may concentrate on comb formation rather than being distracted by the feeding mechanism.

When the swarm of bees becomes self-sustaining, they will quit tingeing on the sugar syrup that you feed them. That is why the best way to proceed is to feed them until they gain access to the fed. As feed intake decreases, you will be able to determine whether to continue feeding.

When the queen starts laying eggs, you should stop feeding the swarm. It can take several weeks for the same thing to happen. You should never, ever underfeed them. Only when the swarm is well-fed will they be able to rebuild the hive and sustain the entire colony. That is why feeding is so important.

If you are unsure what to do after capturing a swarm of bees, you can refer to our instruction above. Season after season, you can repeat the method for multiple swarms. It will ensure that you become a skilled Apiarist.