According to legend, a bee can die after stinging you. Is that true, though? Here’s a look at the science behind bee stings, as well as what to do if you get stung and how to avoid them.

Why do bees stinging?

Honey bees only sting when they feel frightened and their hive is under attack. Similar to how we have locks on our front doors and security systems in place, bees have evolved to have their own security measures in place to protect their honey and the queen. When honey bees sense an impending attack, they emit pheromones to inform other bees in the hive, resulting in several sting attempts. However, this defense system is not present in all bees. 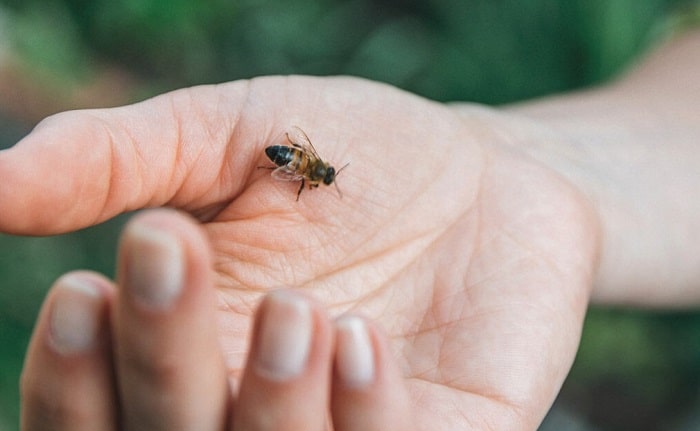 Which species of bee sting?

Honey bees, bumblebees, and carpenter bees are just a few of the bees you might see around your house. All of these bees sting, though usually only when someone or something threatens them. However, not all bees have the ability to sting you. To begin with, male bees of any species cannot sting since only females have the necessary physical architecture.

Do bees die after stinging?

Bumblebees and carpenter bees have smooth stingers and can sting several times without dying. Fortunately, they are both peaceful creatures.

Only the honey bee can die as a result of stinging. This is due to the honey bee’s stinger. The stinger of a honey bee has two points, that is, after stinging, it cannot be pulled out. Because the stinger connects to the bee’s digestive tract, the entire digestive system, muscles and nerves are torn. This leads to the death of the bee. This appears to be a pointless evolutionary trait.

Stings are uncomfortable for the majority of individuals, but they are not generally dangerous. According to the Merck Manual of Diagnosis and Therapy, the average non-allergic individual can withstand 10 stings per pound of body weight, and most people can tolerate up to 1,000 stings.

The pain induced by some bee stings is produced by melittin, an acidic chemical found in their venom. These cause pain receptors to be activated. Most people who are stung will also experience some edema as a result of histamines.

Bee stings, on the other hand, can be hazardous, if not lethal, to people who are allergic to them (though rare). People who have severe allergies may die within an hour of being stung, usually as a result of respiratory failure or anaphylaxis. While this may sound terrifying, it only occurs in around one percent of instances, generally in adults over the age of 40 who have been stung in the head or face. 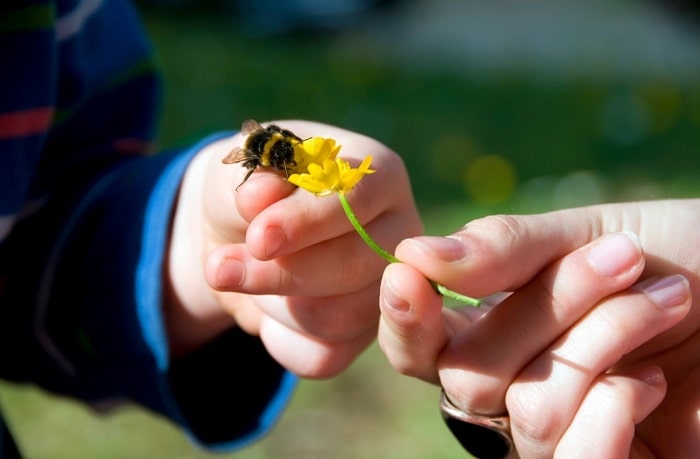 >>> Read more: What To Do After Catching A Swarm Of Bees?

What to do for a honey bee sting?

If a honey bee stings you, remove the stinger as soon as possible. Even if you have the bee out of your body, those venom sacs will continue to inject poison into you. More venom means more pain.

According to traditional sources, rather than pinching the stinger, you should get something flat and rigid, like a credit card, to scrape it off. However, unless you happen to be holding a credit card at the time of the sting, you should pull it out of your skin as soon as possible. If it requires a pinch, pinch it away.

Following the removal of the stinger, you will have a few home treatments for a bee stung to choose from, including:

If you are going to be outside, avoid wearing scented lotions or treatments (soaps, hairsprays, oils). Do not wear brightly colored apparel, and do not carry a can of sweet soda or juice with you. To avoid looking like a furry predator, wear a cap and long pants.

Stay cool if a bee approaches you; don’t swat it or flap your hands in the air. If it falls on you, blow gently on it to get it to fly away.

Remember that bees do not sting for the sake of stinging. They only do so when they are defending their nest or someone threatens them. In most circumstances, bees will prefer to fly rather than fight. 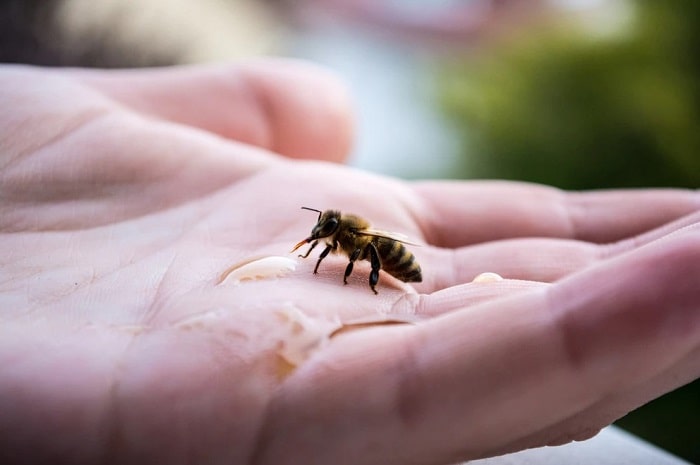 In the end, it would not matter if honeybees were aware of their fate. Bees are non-aggressive and will only attack if provoked. The best method to protect yourself (and the bees) is to leave them alone.

When you know how to treat and handle bees, they are completely safe. They are not vicious, but it does not make them friendly. They are simply passive and protective. Death is the furthest thing from their minds.